A Brief History of UFO pictures 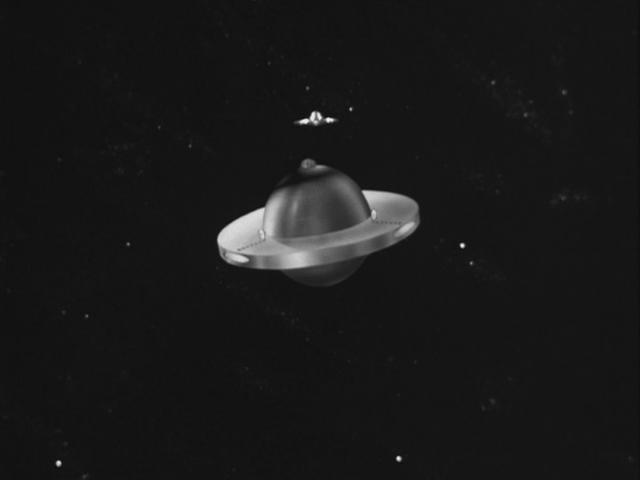 From the movie "Plan 9 From Outer Space"

There are only a handful "real" UFO pictures that have captured our attention or stood up to the relentless scrutiny that UFO photographs must go through.

While there are few photos of UFOs in our history the ones that we have, especially the older ones, are more believable due to the nature of photography at that time (no Photoshop) or the occurrence of something in the sky when man had yet to invent flying vehicles. 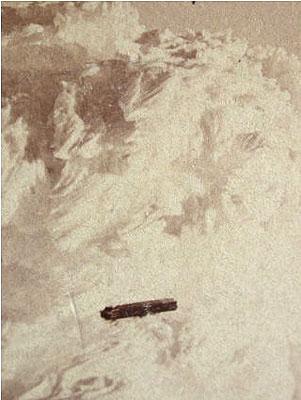 For example, this photo taken in 1870 on Mount Washington in New Hampshire, USA is widely considered to be the first photograph of a UFO.

The next photo was taken in 1942 in Los Angeles, California. Referred to as the Battle of Los Angeles, this UFO picture was taken at a time when planes were very active. This photograph has survived the test of time and scrutiny due, in part, to the aesthetics of the picture. By all measures it is a good photograph. 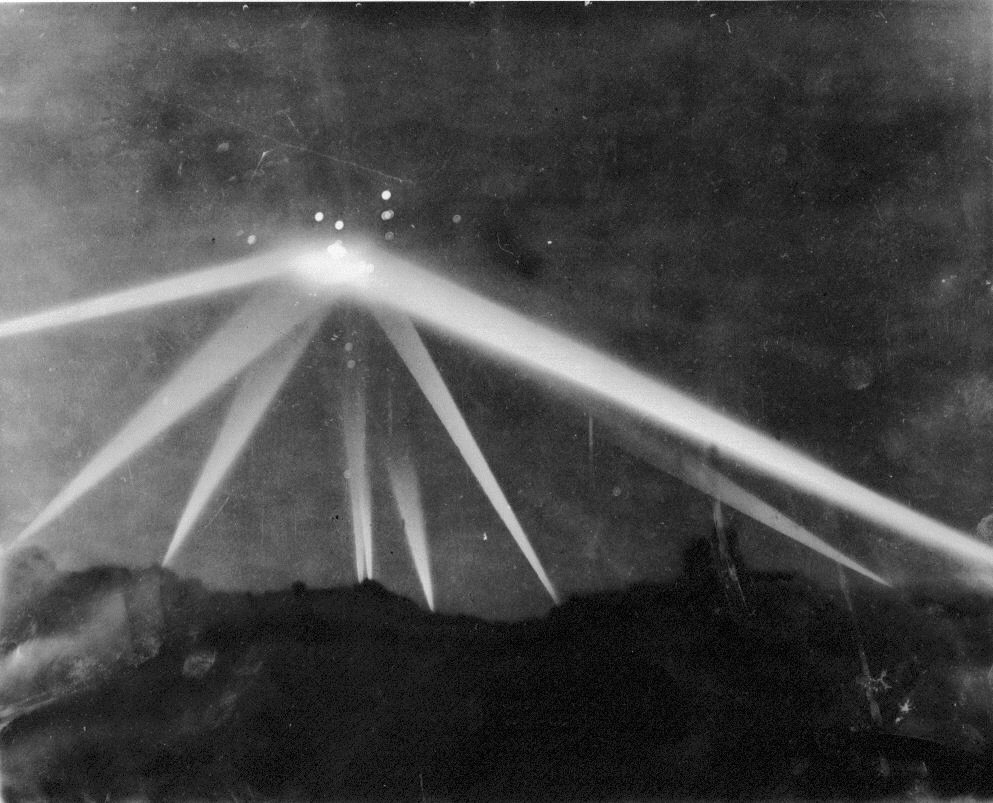 At question is the focal point of the spot lights. It is argued that a weather balloon had dislodged near Los Angeles.

The photo was taken weeks after the Japanese bombed Pearl Harbor at a time when tensions were very high. Thousands of rounds of ammunition were fired at the unknown craft yet it did not come down. 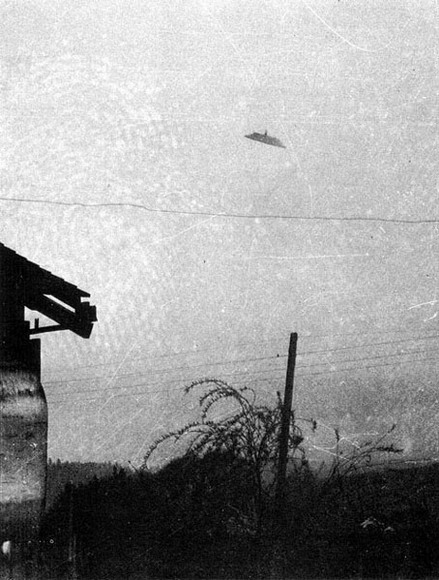 The photo above was taken in McMinnville, Oregon in 1950 by Paul Trent after his wife, Evelyn spotted the UFO while walking back to her farm house after feeding her animals.

This incident is widely considered to be one of the most famous photos of a UFO ever taken after this and another photo Mr.

Trent was able to take before the object flew away. The photos were published in Life magazine and in newspapers across the country. 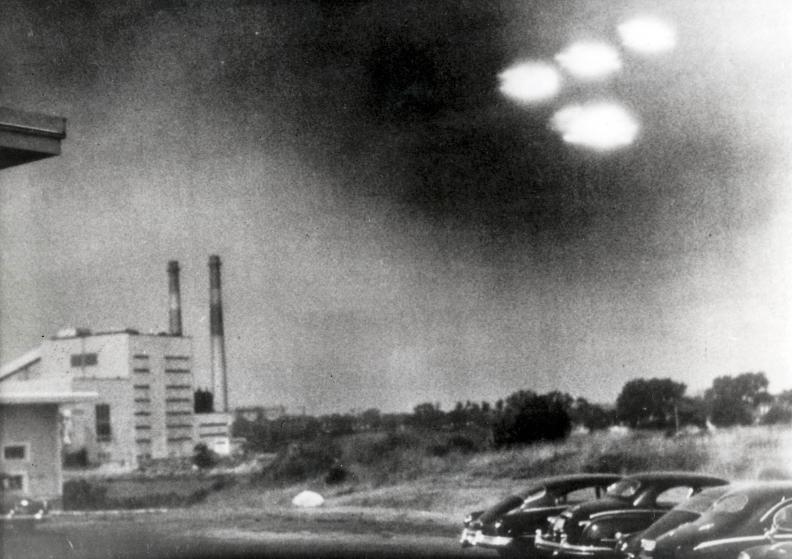 Below is another picture of what would later become an Identified Flying Object. 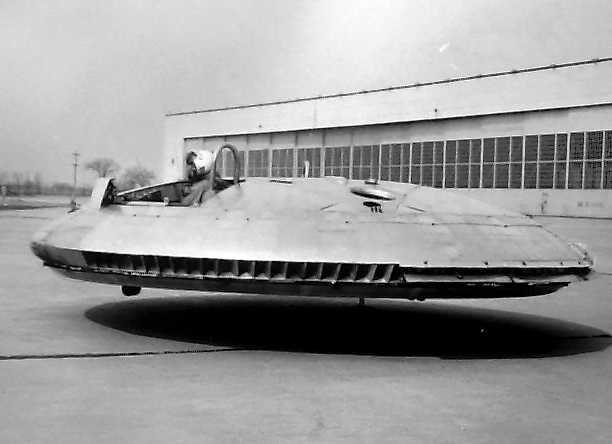 So, while technically, this would have been a UFO if someone saw it flying, after time and with disclosure from the USAF many mysterious flying objects are later understood.

As with UFO pictures, photos of extraterrestrial aliens exist but no one has taken a photo that proves aliens are out there and/or amongst us.

And like UFO pictures, a single picture in and of itself will not end any debates. But multiple photos of the same alien or other anomaly increase the evidence in favor of everyone agreeing to further investigate the claim.

Dr. Boyd Bushman holds up a picture of an alien reportedly taken at Area 51 where Bushman used to work. Bushman’s first hand accounts of an alien presence on earth was intriguing enough to make a documentary about his claims before he passed away.

UFO pictures - Then and now

Photography has come a long way in a relatively short time.  Initially, photographers needed much more than a pocket to carry a camera. (Note the Photo Van in the picture below.)

Today, spy cameras can be as small as a pinhead.

And practically everyone today has a camera on them (or within arm's reach) all day. 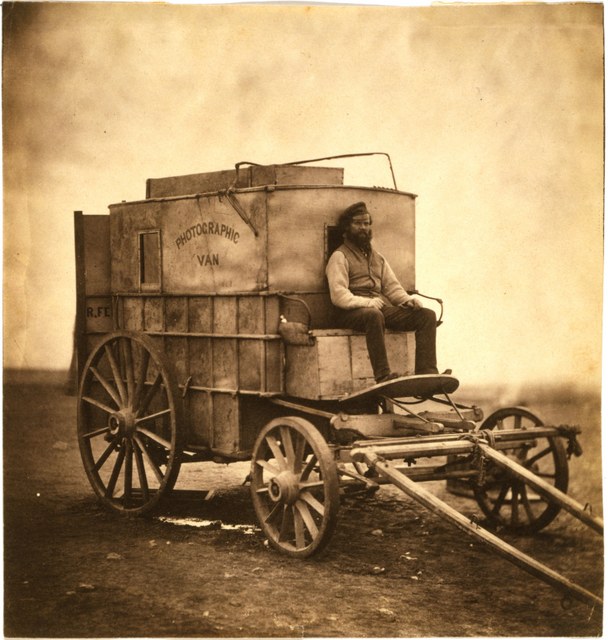 But just having a camera,  whether it's the size of a van or a phone, does not mean that taking a UFO picture has become any easier.  UFOs typically don't announce their presence and aliens typically don't pose for pictures.

Grabbing that elusive picture of a UFO or an alien (or any legendary creature of lore) is not impossible.

While you can't make a UFO appear at will you can be prepared and you can learn how to react and use your camera so that you don't miss the once in a lifetime opportunity to prove to the world that UFO, aliens (or Bigfoot) do exist.

Get your top secret report

Learn photography now. Become a better photographer BEFORE they arrive! Sign up TODAY and get your first top secret UFO Photography report.