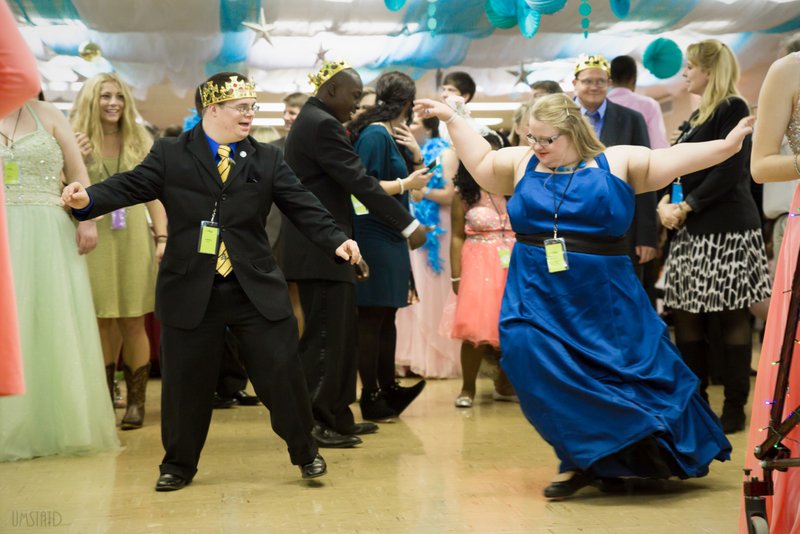 I was fortunate to be in the right place at the right time a little while back. While visiting friends in Americus, Ga. an opportunity to volunteer as a photographer for a prom presented itself.

But this was not your normal prom. This was a chance to give some people a night to shine and experience what a prom is like.

Supported by the Tim Tebow Foundation, over 200 Night to Shine events occurred throughout the world on the same night. 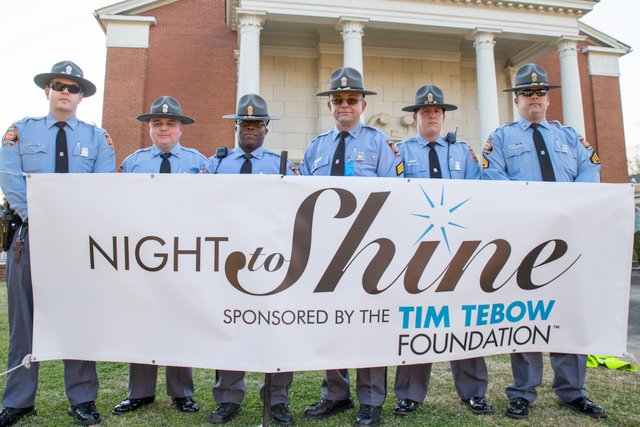 Night to Shine is an unforgettable prom night experience, centered on God's love, for people with special need ages 16 and older. On one night, February 12, 2016, more than 200 host churches in 48 states and 7 countries hosted Night to Shine. More than 70,000 volunteers and 32,000 honored guests shared the same amazing prom experience on the same night around the world.

In Americus, Night to Shine was hosted by First Baptist Church on Lee Street, which is a major street in this small town in southwest Georgia. With nearly a dozen police cars positioned around the church it was obvious something was going on. 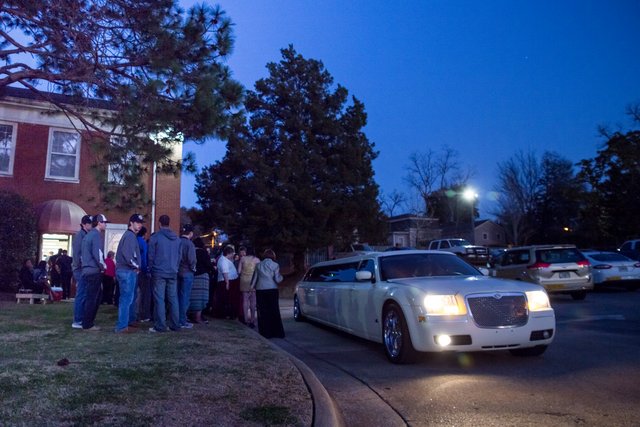 Inside, there was a prom complete with red carpet, limos, tuxedos and prom dresses, music and food. The limos were actually outside.

And more important than the police lights or the limos there was a genuine spirit in the air that led everyone to have a good time.

Night to Shine gives communities a chance to come together. I'm not sure an event this big and well supported would have ever gotten off the ground without the support and encouragement of the Tim Tebow Foundation.

Night to shine - behind the lens

From a photographer's standpoint, Night to Shine was a hard event to shoot. I chose not to use an external flash because of low ceilings and because I have a lot of confidence in my Canon 6D's ability to shoot in low light. 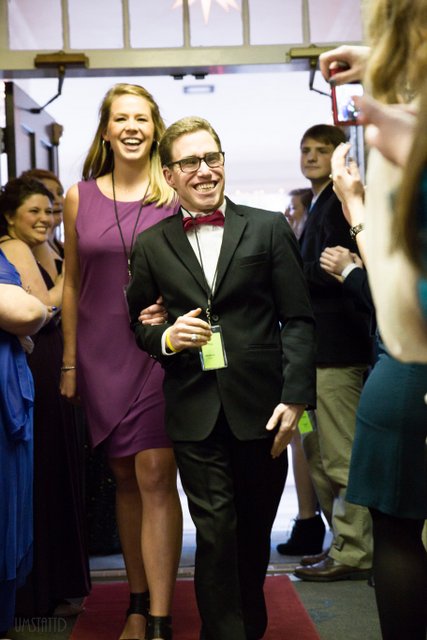 Except for the outside shots, all of the pictures were taken under fluorescent lights coming from a ceiling about 9 or 10 feet high. To make things more challenging, all of the light was coming from directly above. Light coming from above (especially directly above) casts unflattering shadows on people. Which is why you should avoid taking someone's portrait during the middle of the day when the sun is high in the sky.

And, there just wasn't a whole lot of light.

Most camera's would begin to show their limits under these conditions. But the Canon 6D performs very well at high ISO settings. A lot of these shots were taken around ISO 3200 with some going as high as ISO 8000. I've taken pictures at ISO 25,000 with this camera and with a little noise reduction the pictures are fine.

It's important to have a camera that can take good pictures in low light. Most of the other photographers at the event were using their external flashes, which totally makes sense. But using an external flash for every shot almost guarantees that all of the shots will look the same (meaning they will all have a similar light source).

Being able to shoot at high ISOs allows for the natural flow and direction of light to do what it does. This means that sometimes you will miss a good picture because the light wasn't right (a good reason to use an external flash). But what you do get is a better chance to capture something unique. 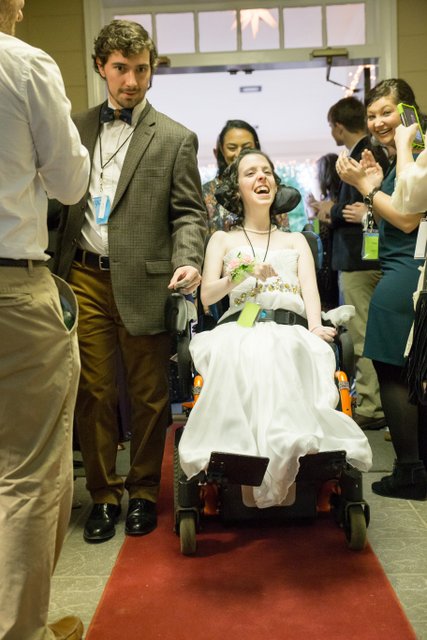 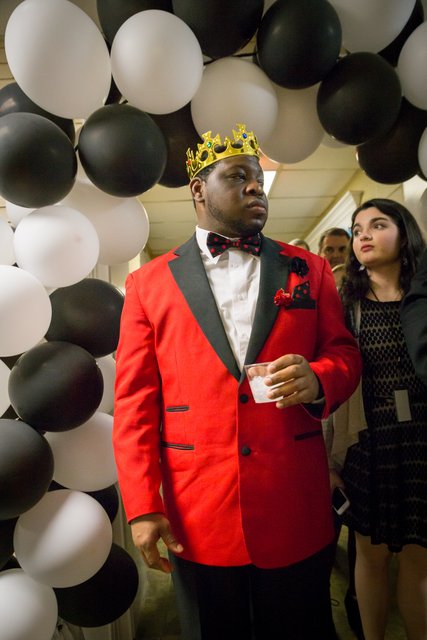 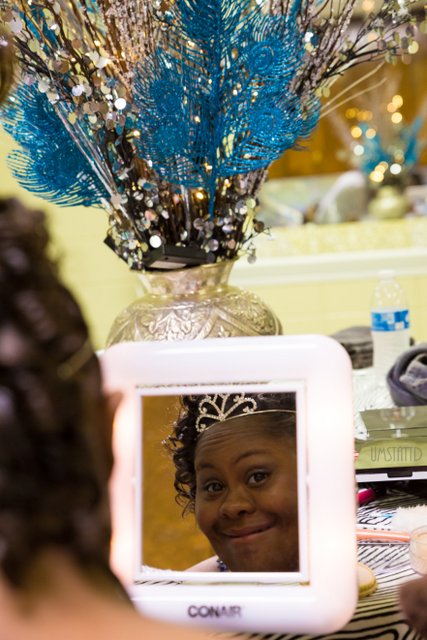 Additionally, using an external flash limits your shutter speed. Don't expect a high shutter speed like 1/1000th to see the light coming from your flash.

The shutter will open and close faster than the camera and shutter can put the light out there. Often times you are limited to somewhere around 1/250th of a second when using an external flash. 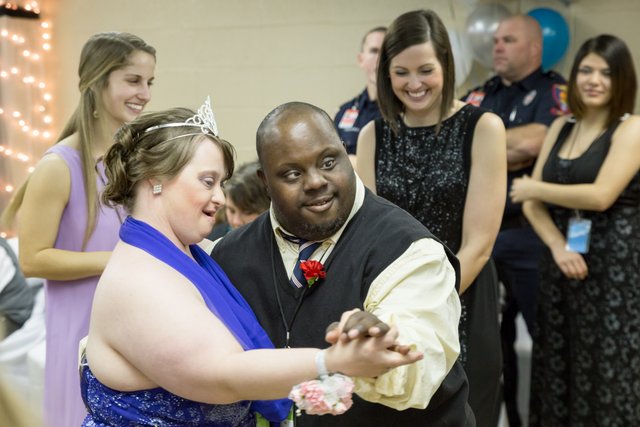 Taking a lot of pictures will give you a better chance to capture better pictures. The price to pay for this is extra time spent reviewing pictures looking for those pictures that stand out. 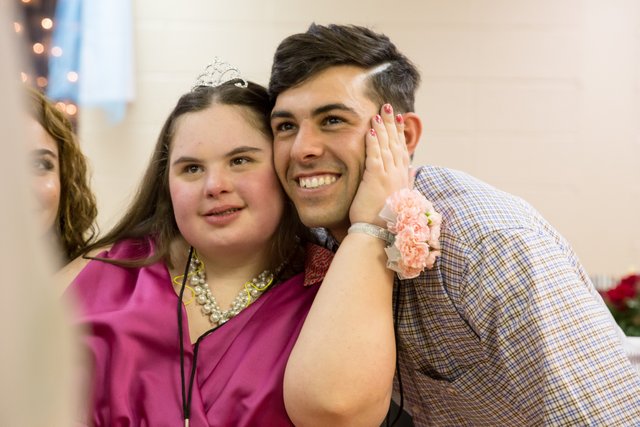 This was an incredibly uplifting night for everyone that was involved. And a reminder of why I always (almost always) have a camera with me.

Many thanks to First Baptist Church for putting on such great event.

If you are a photographer you can read more about using your skills to help others.