My heroes have always been baseball players and photographers (sure, cowboys too).

As a kid, I wanted to play in the World Series.

I also wanted to be out on adventures, going to cool places taking cool pictures with my camera.

In short, twelve year old Scott wanted to be a professional baseball player or a photographer for Sports Illustrated or National Geographic. 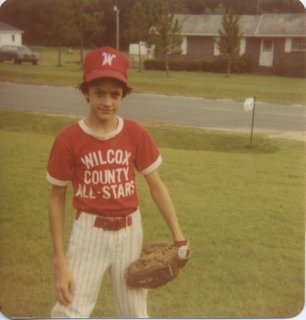 That's me before heading to the ball park to play in an All-Star game. I still have that glove by the way.

I remember as a kid at Christmas looking through the Sears catalog.

There was something about the big cameras that always caught my eye - they drew me into a world of fantasy.

I wanted to be the guy who made the pictures I liked in magazines because if I took a picture of a lion that meant I was near a lion. And if I was ever near a lion it would be obvious that I must have some kind of superhero skills. 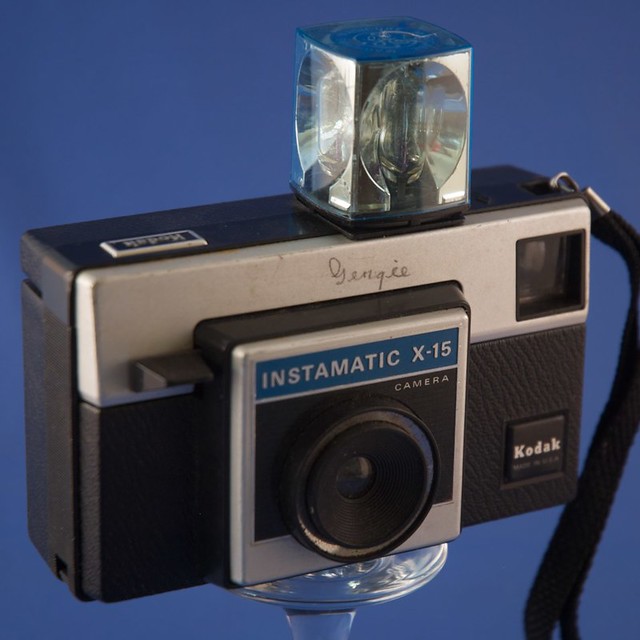 My parents had a camera just like this when I was a kid. Photo credit Flickr: vmpyrDavid.

My parents used any variety of simple point and shoot cameras to take family pictures.

You may remember (or have seen in museums) those cameras with a square flash bulb that rotated after each use. You would get four flashes from that bulb and then it was off the to trash for that flash.

The promise of what an SLR (single lens reflex) camera could do for my photography always amazed me. There was also an incredible cool factor associated with SLR cameras.

The cameras and lenses looked like guns strapped across the shoulders of professional photographers.

They looked like they meant business. I wanted to have an SLR camera and a big lens to take better pictures. But, make no mistake, I wanted to have something cool that would, in turn, make me cool.

I Finally Get The Gear 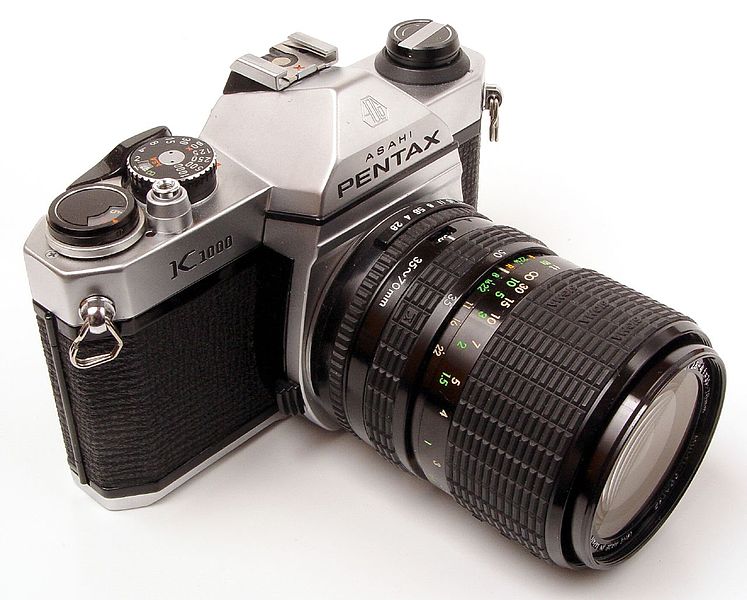 The Pentax K1000 was, for many, their first introduction to SLR film cameras.

Eventually, many years later I was able to use the Pentax K1000 when I was a photographer for my high school yearbook. It was at this time that I also had my first experience developing film in a dark room.

The process and smells of developing and printing photographs in a darkroom were very exciting. If you’ve never developed and printed your own film, you missed out. From opening and developing the film in complete darkness to printing film with the mind altering red light; the darkroom was an amazing place to lose track of space and time. It was, for a short time, my fortress of solitude.

Light Enters The Darkroom - And Everything Changes

But those darkroom days are long gone. I readily welcomed the introduction of digital photography because, as much as I liked developing and printing my own film, I never liked it enough to turn my bathroom into a darkroom.

So, for the longest time I never engaged in photography the way I wanted to due to the amount of money it would take to make it possible. I relied on the local photo developing store to take care of everything for me.

That is until the Canon EOS D30 came along.

I got my first DSLR (digital single lens reflex) camera in my early 30’s. With the Canon D30, I entered into a world of photography that until that point I had only dreamed of being in. I could shoot all day just to get that one picture that stood out. Gone were the days of spending ten or twenty dollars in film and processing just to get that one great picture.

I currently shoot with the Canon EOS 60D. You can read about my entire photography timeline to see how I’ve updated my photo gear list over the years. 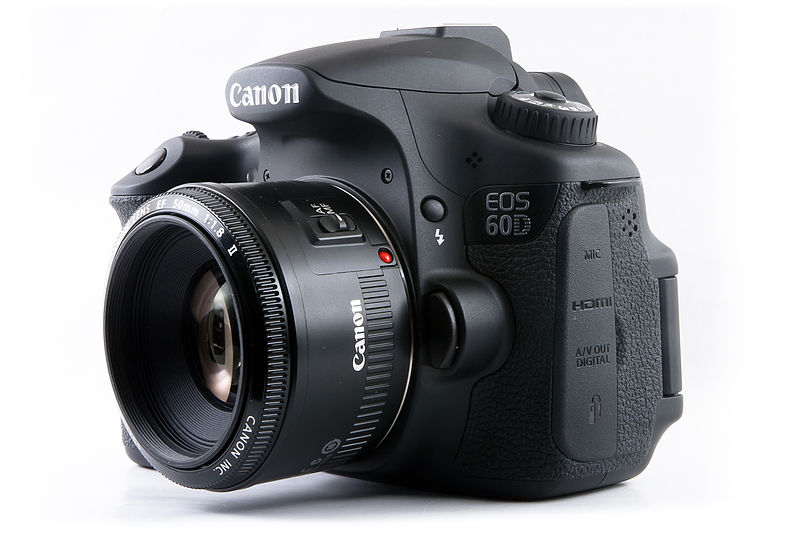 My current camera, the Canon 60D with a great little lens attached; the Canon 50mm f/1.8II.

As much as I have always enjoyed photography, it had never been what I did to make a living. In my life I have done many things. There is no recognizable career path to anything I’ve done with regard to jobs I’ve had. I was a student and an athlete.

I went to college on a baseball scholarship. I graduated college with an Art Education degree and immediately got a job delivering newspapers. That made no sense whatsoever. 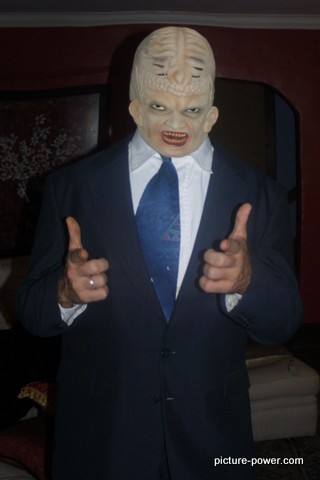 I’ve been on three-hour long conference calls. And, I’ve managed $30 million dollar communication accounts. I spent my time in an office cubicle and, in the end, it was not for me.

My cubicle and business suit never felt like a fortress of solitude or a cape. At times, I felt like the monster that 12 year old Scott always feared.

OK. I had not become a professional baseball player but I still wanted to take pictures for a living. I still wanted to be like the heroes of my youth. And none of them worked in a cubicle. They were out in it; living life, documenting life.

My heroes were too busy to worry about spreadsheets.

Baseball And The Zen Of Photography

I approach photography with a documentary style because of what I learned and what I enjoyed about baseball. You only have the moment and it will not be repeated. You get the shot or you don’t. You hit the ball or you don’t. And then you move forward. Always forward. You cannot ask the pitcher to throw that same pitch again. 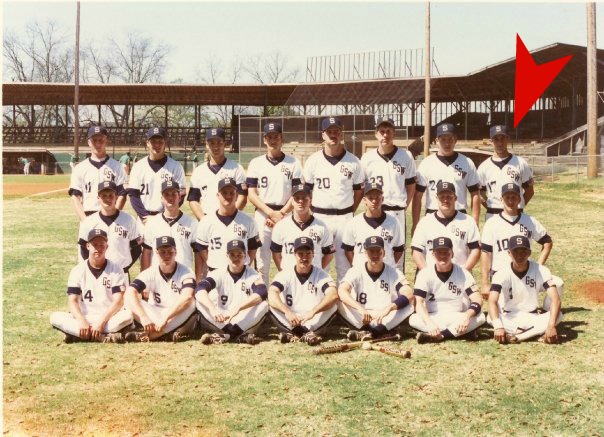 Me and my teammates in college at Georgia Southwestern University in 1992.

In sports you have to have a short memory. (Thank you, Timothy Clayton.) If you strike out you can’t take the memory of that failure onto the field because you may miss the next ground ball that comes to you. The reverse is true as well.

If you hit a home run, you can’t take that moment into the field (reliving your glory from 5 minutes ago) because you may miss the next ground ball that comes your way.

The same can be said for documentary photography. You have to have a short memory. You can’t look at your viewfinder and dwell on the fact that the shot you just took is out of focus because you will miss the next opportunity.

Again, you can’t look at your viewfinder and pat yourself on the back for nailing that last shot because you will miss the next opportunity.

Documentary photography and sports demand that you forget and move on because the next opportunity is not waiting on you. There is also immense satisfaction knowing that others respect your skills. In baseball, the crowd cheers when you get it right. In photography, you get “likes”. Both satisfy my ego. 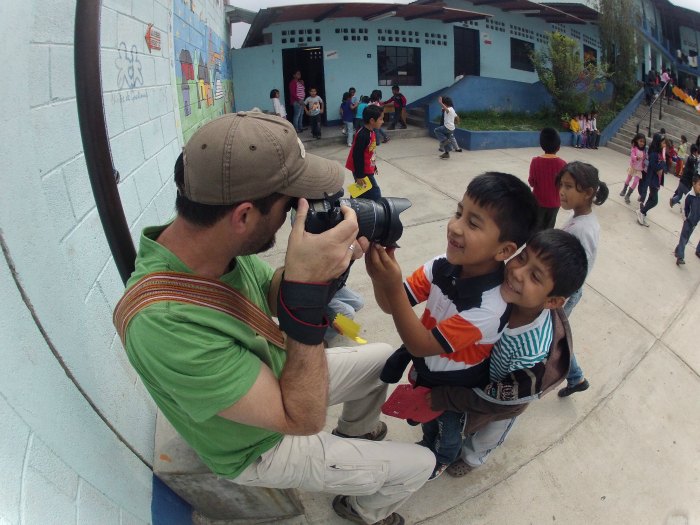 In 2013, I spent most of the year in Guatemala. The picture above documents my visit to a school sponsored by Ninos de Guatemala.

I work with a “carry less/give more” approach to photography. I don’t want or have the need to carry a lot of equipment with me. It’s my job as a photographer to make the most of any given situation to get the shot: not to make the situation adjust to me or blame my failure on lack of gear.

This means keeping a constant vigil on changing light sources and light colors. It means being in the moment. It means living in the here and now. I like this approach and the challenges it presents because it gives me a similar feeling to playing baseball. Everything happens in real-time. There are no do-overs. Get it right or go home a loser (at least for that at-bat or that shot).

I have my own photography business now, Scott Pictures. I haven't taken any pictures for National Geographic or Sports Illustrated (yet!). My intent is simply stated, “Scott Pictures - For a Cause and Just Because”. 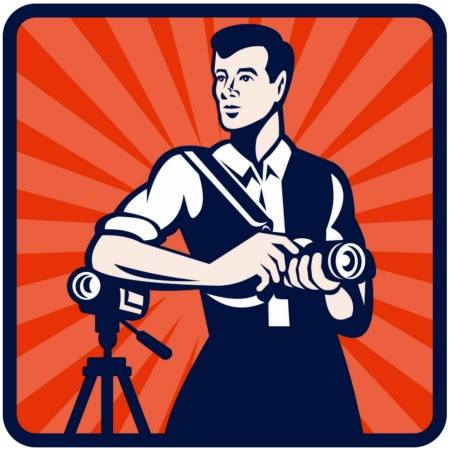 It’s my hope that you (and me) benefit from Picture Power so that we all can become the superhero photographers we are meant to be.

Thanks for visiting Picture Power.  It's your hideout, your fortress of solitude to grow in your pursuit of photography perfection.