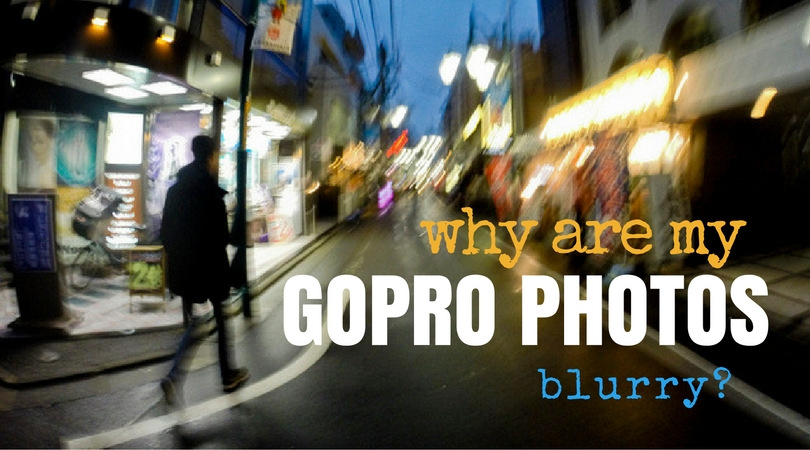 Why Are My GoPro Pictures Blurry?

Are you drowning in a sea of blurry GoPro pictures?

Blurry pictures are a combination of motion (camera motion or subject motion) and a slow shutter speed.

In the case of blurry GoPro pictures, the cause is almost always low light.

GoPros, like all cameras, set their exposure based on the amount of light being made available to the sensor. Your GoPro will compensate for a lack of light by using a slower shutter speed to ensure a well balanced picture: a picture that is not overexposed or underexposed.

If you are taking pictures at the beach on a sunny day your GoPro has plenty of light and it will use a fast shutter speed. This is why you see so many surfing pictures that are crisp and clean even though the movements are fast and plentiful.

To avoid blurry GoPro pictures you have to concede that you cannot use your GoPro like other cameras. If you want to control your camera's exposure settings to make the most of low light situations consider using a camera other than your GoPro.

And download my free ebook, Fighting the Evils of Darkness, to learn the essentials of what it takes for a photographer to survive in low light. 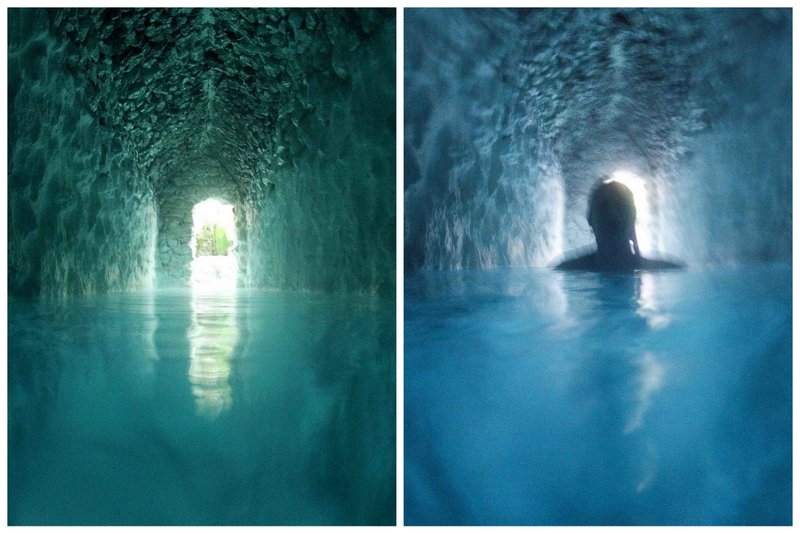 Taken in a cave, these pictures were definitely made in low light. The picture on the right is blurry because I was moving and my subject was moving too. The picture on the left, taken just moments after, has crisper, more defined lines because there was nothing moving in front of the camera and I did a better job of keeping still.

When you are in low light your GoPro is forced to use a slower shutter speed. In turn, you are forced to stop moving if you want to have any chance of taking a picture that is not blurry.

It all comes down to motion. If your GoPro is not moving and your subject is not moving, odds are you are not going to get a blurry picture. Move the camera or have your subject move and you run the risk of motion blur.

One way to prevent blurry GoPro pictures is to ask your subject not to move or to slow down - prevent movement, prevent blur.

And if photography was easy that would be the end of this article. But subjects move and part of what makes the GoPro so great is that it can capture some of our best moves.

Here are some moves you can make to reduce the number of blurry GoPro pictures you bring home.

Remember, your GoPro loves light. Give it plenty of light and it will give you great pictures. When your light is low, when the clouds roll in on your sunny day at the beach, learn how to find light. Because if you don't, your GoPro is going to starve.

Look for windows and spotlights in restaurants. Look for streetlights and car lights on dark streets. FIND LIGHT in order to give your camera the best chance at capturing a great picture.

If you know you're going out at night, bring a flashlight along. Your GoPro will appreciate the effort and the extra light.

After you have found and are using as much light as you can find, your only other option is to keep your GoPro as motionless as possible.

Any movement made when pressing the shutter in low light is just as destructive to your image as a subject that refuses to be still.

Remember, most blurry GoPro pictures happen when the light is low. Keep this in mind when shooting, "When the light gets low, I become slow."

Slow your movements down. Take a moment and take a picture rather than pointing the camera and pressing the shutter. 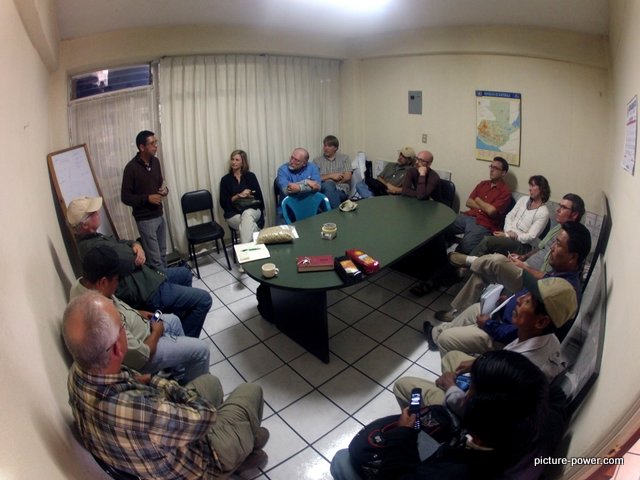 While this may not be the sharpest picture, I was able to avoid blur by taking a deep breath and pressing the shutter as I exhaled.

The easiest, fastest, cheapest, most convenient way to prevent blurry GoPro pictures is to learn how to slow down and take pictures like you mean it.

Don't expect your camera to give you a great picture just because you pressed the shutter. In low light, you'll need to work to make your Gopro pictures work.

There are a lot of accessories that can help you keep your GoPro steady. The GoPro tripod/extender and the Joby/GorillaPod combo, pictured above, are two good choices.

You may even want to consider using something primarily designated for GoPro video shots. A gimbal helps to keep a camera steady. The camera swivels as it maintains a level and smooth recording.

Gimbals are most commonly used for video to avoid camera shake. But there's no reason you can't use the same stabilizing technology to help prevent blurry GoPro pictures as well. 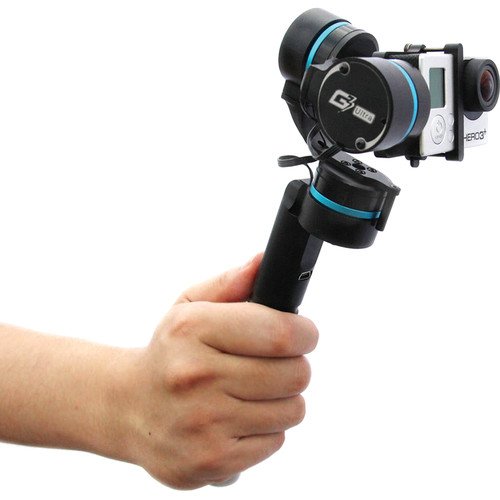 You can also lay your GoPro on a table before you press the shutter. This will keep it steady too.

Another way to help keep things steady is to set your GoPro to take time-lapse pictures. This way the camera will take a picture every 2 or 5 seconds thus giving you time to set your GoPro down to let it take pictures without you having to press the shutter. 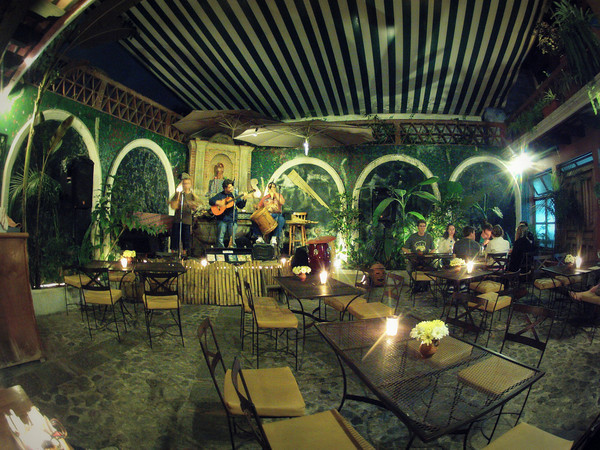 I was able to avoid lots of camera shake in this picture by placing my GoPro on a table and then pressing the shutter.

If you own a GoPro Hero4 you can lower your exposure compensation to force the camera to create a darker image.

This will be done by using a faster shutter speed. Since your images will come out darker you may have to lighten them in editing.

You can also increase your ISO. By increasing the ISO you are allowing more light to hit the sensor.

More light means a faster shutter speed. However, with a higher ISO you increase the noise in your pictures. But this too can be addressed with a little editing. 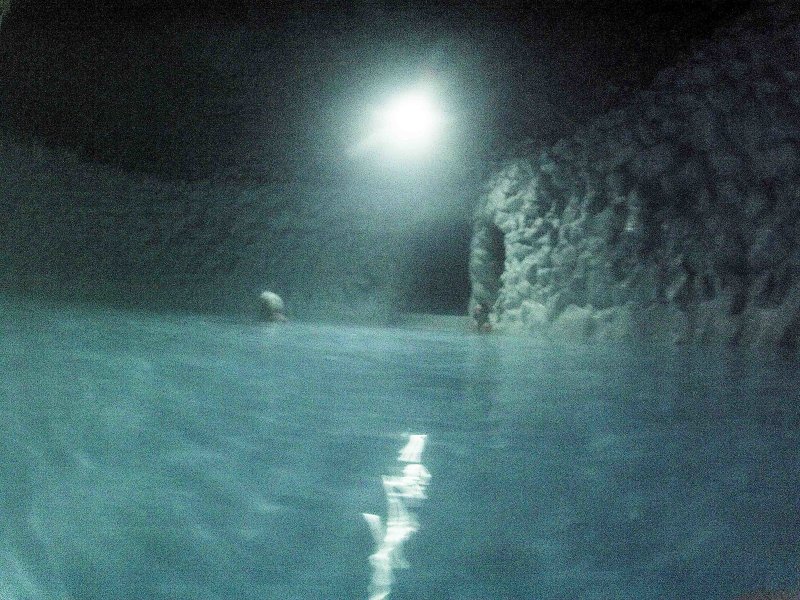 You can see lots of noise in this picture because the ISO was cranked up. This is what your GoPro pictures will look like if you don't give it enough light.

These options are only for Hero4 cameras (and presumably every GoPro after that).

Protune offers users the chance to have a little more control over exposure settings. No doubt in my mind that GoPro's will eventually have full manual control with excellent high ISO performance. Until then, we have to concede that our GoPros aren't cut out for every occassion.

Unless we want to do something like Mic Bergsma has done.

Since we are being forced into submission by not having full manual control over our GoPro settings, I'm sure there are a lot of ways we have learned to live with our GoPros. What else can be done to prevent blurry GoPro pictures? Share your techniques below.