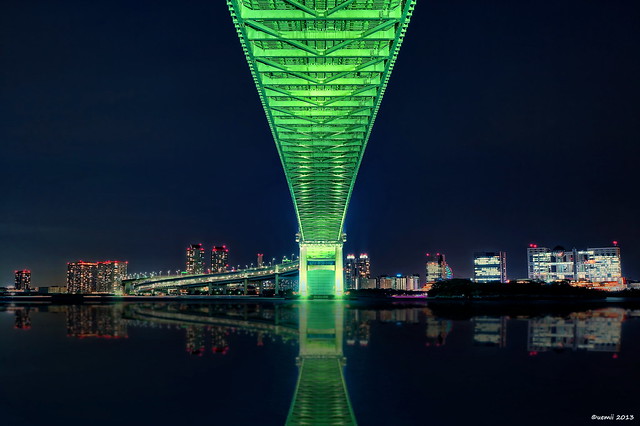 Digital Photography Technique: HDR Photography - Ever wonder how some photographer’s pictures just seem to stand out - as if the subject is going to pop right out of the frame. Have you noticed that some photographers are able to capture the details hidden in shadows that you can’t seem to get?

Aside from having amazing talent and command of the camera, one technique that photographers are using more and more is that of HDR photography.

HDR photography (High Dynamic Range) employs another digital photography technique called bracketing. When you bracket a picture you take three (or more) pictures in succession without moving the camera. One picture has a balanced exposure. Another picture is underexposed. And the last picture is overexposed.

But you don’t have to use only three pictures. If you like, you can take 20 separate pictures all with different exposure settings. Combining 20 pictures into one will give you a massive file and a photograph that is certain to cover and demonstrate every possible lighting option available at the time of each exposure.

Bracketing 20 pictures is overkill. With three separate images you can cover a lot of light range. If you want to try more, you can. In theory the more pictures you bracket the “better” the image will be. That is up to you to decide.

Here are some HDR images that really stand out in a crowd. 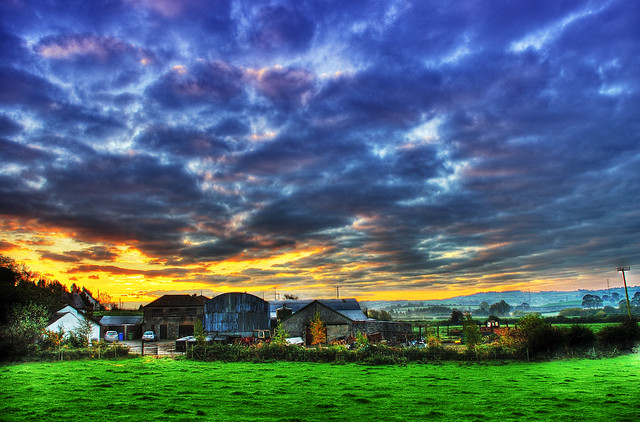 Above: Timing is very important in photography. And it can be even more important if you want your HDR photography to stand out. If this picture of a farm had been taken two or three hours later or earlier the sun would not have provided this amazing light show that EtrusiaUK was able to capture.

HDR photography helps to bring out subtleties in light and dark variations. When the sun is directly overhead (mid-day) the light is harsh and pointing straight down. HDR photography can help to adjust for the often extreme exposure differences a photographer faces with mid-day sun.

However, no amount of bracketing will change the fact that the source of light in the picture is coming from directly above casting light and shadows in a less than subtle way. You can overcome poor lighting by bracketing your pictures, but you cannot move your light source. When taking landscape HDR pictures do your best to shoot and share the photos you take at sunrise or sunset. 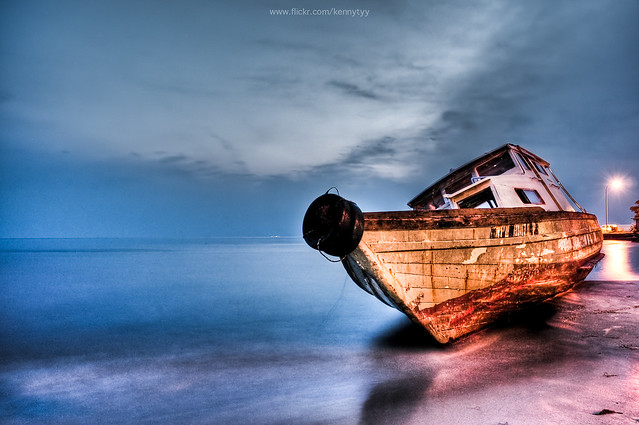 Above: This is another incredible example of how much better pictures look when they are taken during the golden hours around sunrise and sunset. Photographer Kennytyy has not only created a well-balanced lighting environment for his picture he has also made additional composition choice to use the rule of thirds. In this case the photographer made certain the subject was not in the center of the picture. By placing the boat on the right side of the picture it gives room for more of the sea (or ocean) to create the additional weight to balance out the other two-thirds of the picture. 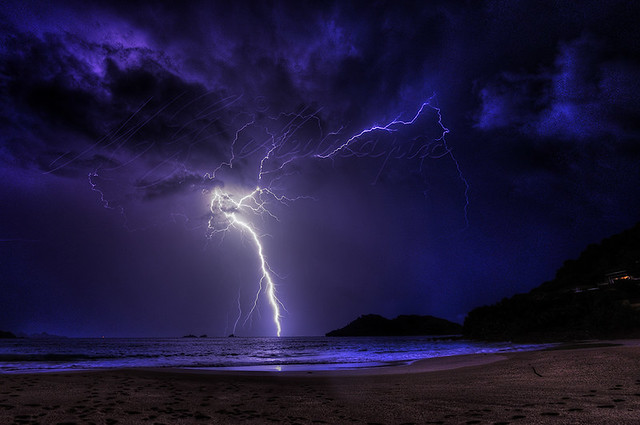 Above: This is a breathtaking picture. I'm not sure how the photographer, Muscapix pulled it off. The note on the Flickr page references 10 layers being used. Not sure if that means 10 different bracketed exposures or 10 layers added in Photoshop. Whatever, a little mystery is a good thing and this picture is worthy of pondering for a while. 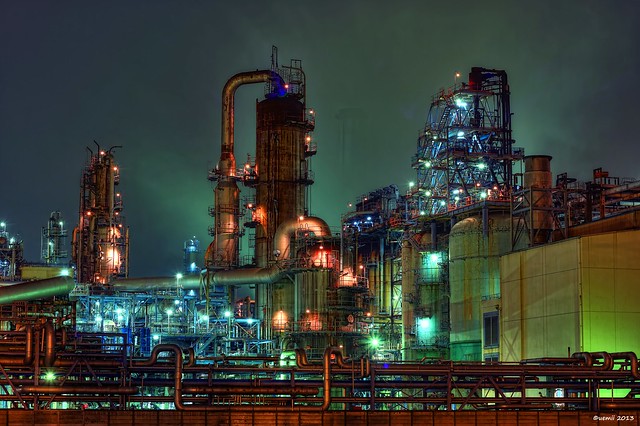 Above: The lighting details and subtleties are fantastic in this picture by Shin-ichiro Uemura. The photographer has chosen an excellent subject to study. By shooting at night longer exposure settings can be used to capture as much light needed to pull of a great exposure. Using a longer shutter speed also gives more latitude to use a more narrow depth of field ensuring that everything in the picture is in focus. 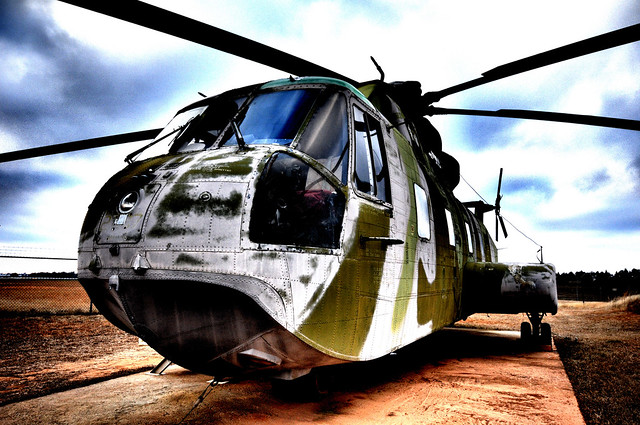 Above: I think I mostly like the composition of this HDR picture. By using a wide angle lens the photographer, Danniewalls, was able to get the chopper blades to cover the entire top frame of the picture. By adding additional contrast to the picture if has a feel that it is in battle.

You can see by the location of the shadows almost directly beneath the helicopter that the sun was overhead. This picture was not taken at sunrise or sunset. But the photographer took advantage of an already harsh lighting situation by adding to what the sun was providing and not working to fix something that cannot be fixed (you can't move where the sun's light is coming from - even in post). 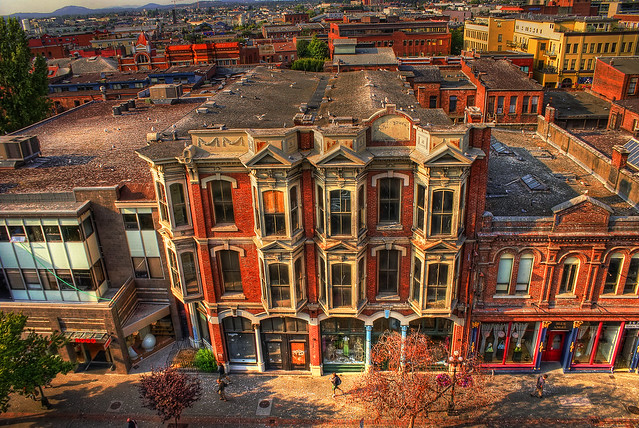 Above: The subtle light play in this picture from Brandon Godfrey is impressive. So many details can be seen throughout the entire frame. I just want to stare at this picture and soak it all in. 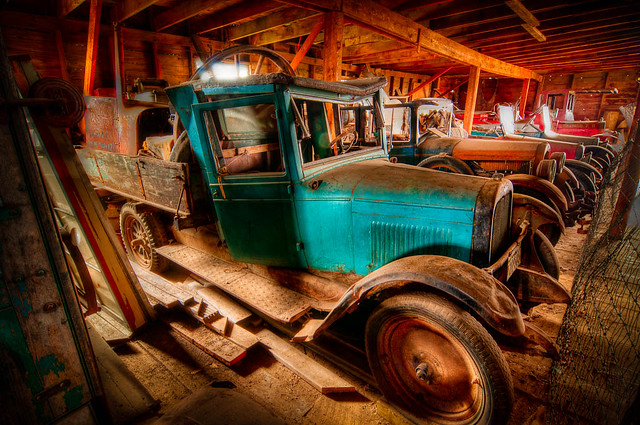 Above: There's some kind of attraction between HDR photographers and old trucks. Old trucks have rust and often become mutli-colored vehicles after years of neglect. This neglect creates variations in color (because of weathering and rusting) that only HDR photography can capture. 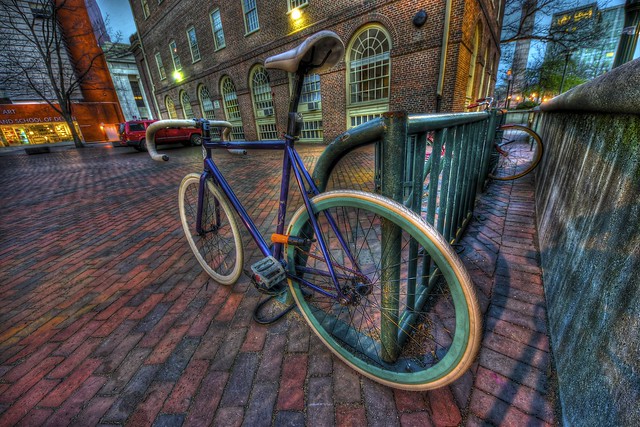 Above: A wonderful world of color is exposed in this HDR picture by photographer Drew Pion. No normal single exposed picture would ever bring out the light variations that this picture has brought out. By bracketing for multiple exposures, the photographer was able to present to us a world that we may not have even been able to see with our own eyes.