Digital versus Film Photography
What's all the fuss? 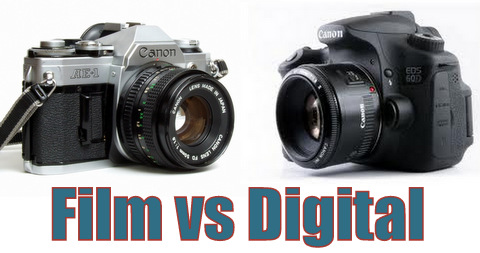 When comparing digital versus film photography there are certainly many concepts and techniques that apply to both types of photography.

For example, film and digital sensors are exposed to light when the camera shutter opens. A lens made with more precision, care and higher quality glass will provide better pictures than a cheap lens that cuts corners - no matter if the light hits film or a sensor.

There are many differences in digital versus film photography as well. One is that you don’t have to process any film to see the picture. You get instant results with digital photography. Another big difference is in how the picture is processed after it is developed.

With film you do have a lot of latitude to dodge and burn areas of or an entire exposure. (Dodge means to lighten the image. Burn means to darken the image.) However, the options made available to those who work in a digital darkroom far outnumber the choices one has when developing a picture in an actual darkroom.

I'll say this, when you are shooting on film you have no safety net. Whether that makes one a maverick, dare-devil or simply a purist depends entirely upon the approach of the photographer. 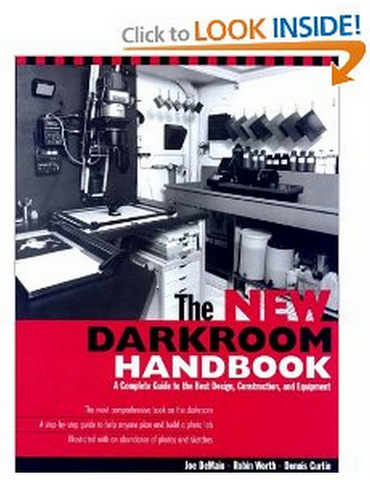 I do miss the darkroom. From the first time I opened a roll of film and developed it, I knew this was something cool. Developing and editing with film has a hands on/game-time aspect. Once you start you have to see the process all the way through with no back button.

I haven’t shot on film in ten years. As soon as Canon came out with the Canon EOS D30 I was hooked. I learned more about photography in the first month with my D30 than I had in the ten years before shooting on film and sending off my film to be developed and printed for me.

Digital Versus Film Photography:
How have all these 1's and 0's changed photography?

The rub that digital photography has created is that photography (and the ability to produce great photographs) is now within reach of almost everyone on the planet. Twenty years ago you had to be shooting on film to have access to the best photography equipment. Digital was just getting started -- still a little clumsy and certainly not as culturally introduced as it is now.

Everything about photography has become financially cheaper, easier and more readily available thanks to digital photography. The professionals who were able to stand out 20 years ago did so because they shot on film and developed their own work in their own darkroom. A darkroom was simply out of reach (definitely not within a casual reach) for moms and dads and brothers and sisters.

And a step beyond that is the amazing amount of bad pictures that we have to see every day because those 1s and 0s make it unimaginably easier to show and share pictures than 20 years ago. We are being over run with many more average pictures coming from our friends' media posts.

But with a little searching it is easier than ever to see more and more imaginative and incredible pictures.

We are using more communication outlets and tools that utilize one picture and several words as a complete story. You only need to look at Facebook to see how many people communicate with a picture and a handful of word imposed over the picture.

Photography is key to the future of communication.

Is Photography Still A Viable Profession?

Yes and no.  On any given day any one of us could produce an image that becomes seared into our cultural psyche. News events are now reported in real time. And a lot of us have a camera within arm’s reach at this moment. When something amazing happens, we will be there to take pictures of it. (Whether we are getting paid or not.)

There is still a need to pay a photographer as more and more people, businesses or organizations realize that there is more to photography than point and shoot. Right now we are in a window where everyone thinks they are a photographer. Soon, many will accept that they merely take pictures. When the image is important these people will hire a photographer.

But with the increase in stock photo sites like Pond5, it is and will continue to be difficult to find full time work as a photographer. Digital photography has simply opened up the talent pool which, mathematically speaking, will make it harder for people to make a living solely through their photography.

The idea of a professional photographer is changing. It's already changed. But people will always pay for quality when they need it. It's just that now there's more quality photography than ever before. And more important still, finding and sharing these quality photographs gets easier every day.

The Future Of Photography

Much as it is now, those who aggregate data determine what will be seen and by whom. With more and more people taking amazing photos, those that seek to purchase photos have a huge pool of talent that will often work for less money and can provide a higher quality product than professional photographers from years past.

I’m not even going to try to be a purist about this. For me, there is no comparison. Digital photography has opened so many avenues into photography and I can’t imagine going back to film. Why would I do that?

I do miss the darkroom and the hands-on aspect that film provided. It was fun. Maybe somebody will make an app that only develops a picture in a dark room. Can apps create smells yet?