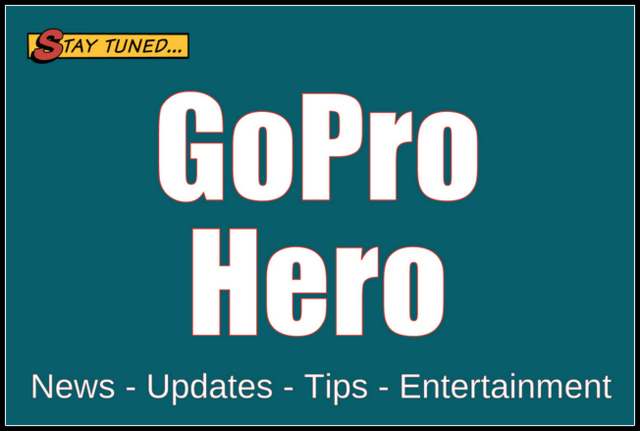 Stay on top of the GoPro wave with news and updates on your favorite camera. And, see how others are making the most of their GoPro camera and gear. Be careful, you might learn something along the way. 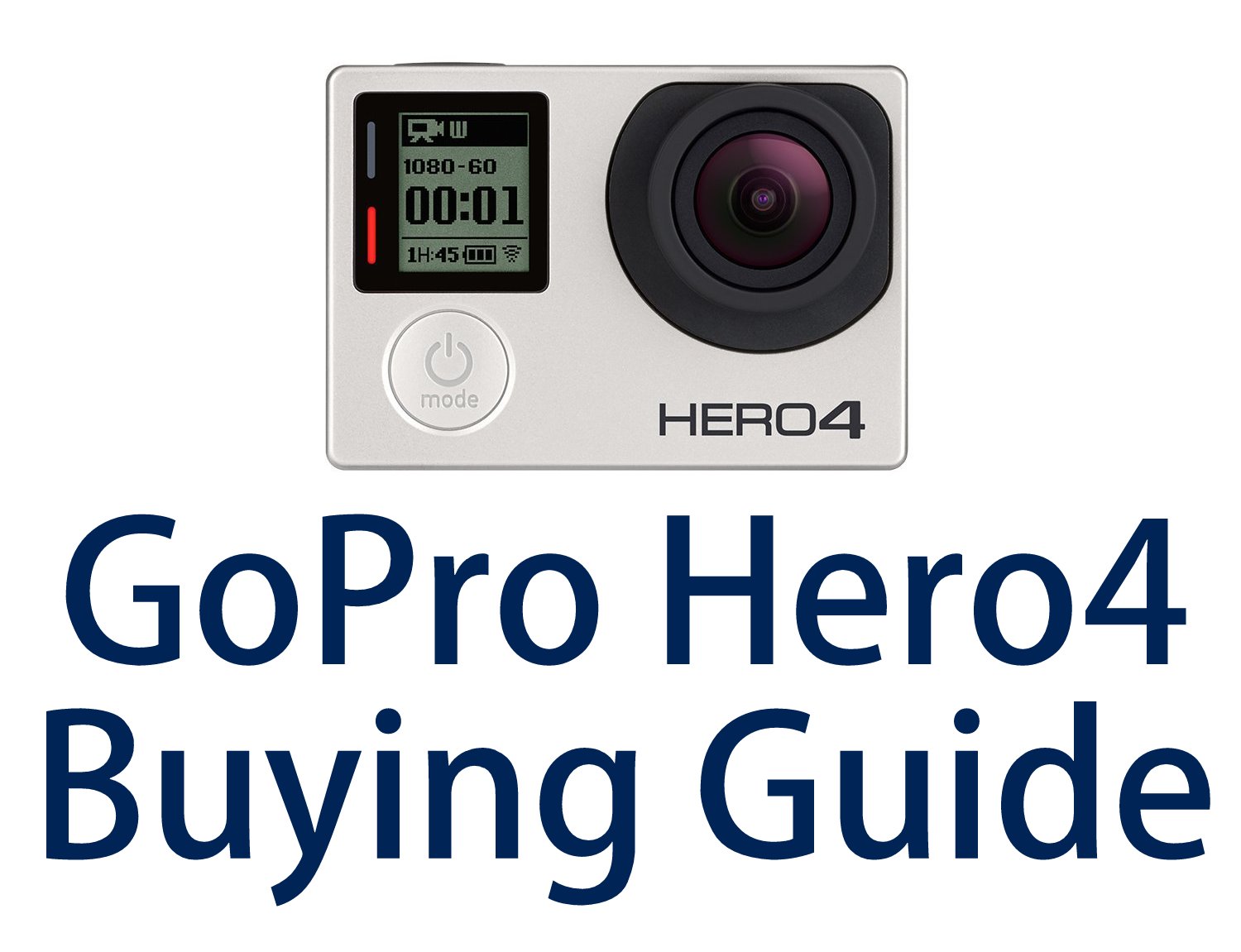 The GoPro Hero line up just gets better and better. Now with keen 4K video, the GoPro Hero4 Black shoots PRO-fessional quality video. While the GoPro Hero4 Silver employs a touch screen that's built into the camera. Both of these cameras offer something unique (and awesome). See which GoPro Hero4 is right for you.

GoPro hero5 to be connected

GoPro recently announced that its soon-to-be newest camera will be its most connected and convenient GoPro to date. Read more about the GoPro Hero5 and how GoPro plans to streamline its lineup.

Manny may look like your average cat. But underneath lies a visionary feline determined to leave his paw mark of society.  Instagram watch out. Check out Manny's pics.

Where is GoPro inc going?

01/14/1026 - Well, the cat that has been outside of the bag for several years now is finally starting to destroy the couch. (Is that why the cat was put in the bag?) The GoPro Hero has been under attack and there are many (and soon to be more) other options for photographers to consider when looking for a small "cover everything" camera. If only GoPro could create their own reality.  Virtually.

1/29/2015 - In February of 2015 GoPro will release a firmware update for the GoPro Hero4 that will allow users to shoot at an incredible 240 frames per second at 720P. Check out the slow motion wonders in the video below.

One Battery To Record 8 Hours?

Using Music With Your GoPro Video

Here's a quick lesson of sorts on the importance of music in GoPro videos.

Stick a GoPro in a baby's crip and haul him around town and what do you have? A toddler's view of the Big Apple.

This is a neat service. For what I think is a reasonable price, you can upload your GoPro footage and let someone else scour through the hours of footage to create a social media friendly 2-3 minute video.

An App To Find And Use Your Video

This one goes beyond the GoPro. Magisto, a popular mobile app, is coming to your desktop. The beauty of Magisto is that it uses artificial intelligence to find your GoPro footage (and other video too!) and turn all of it into a story. So, all of that footage that GoPro video you forgot you had will soon serve to remind you of the life you've led. Read more about Magisto.

Oculus Takes The GoPro Ball Beyond

With photos replacing text as the way people prefer to interact on Facebook, something's gotta give to make those photos stand out in a sea of pictures. Oculus, which is owned by Facebook, does not have a release date set for its VR headset, but the possibilities have heads spinning. Read more about 360 degree photos and VR tech.

Editing video can be (and is) hard, confusing, time consuming and rewarding. If you are into template editing to ease the pain, Magix FastCut may be of interest to you. Want to get rid of your GoPro's fisheye look? Magix FastCut can do that too. Investigate more at PC Advisor.

Is There A GoPro Alternative?

Eventually, someone is going to create a device that brings down the mighty GoPro. But what about right now? Is there a viable contender that can stand up to the GoPro? Is there a GoPro alternative worthy of your consideration?

Stick Your GoPro To Your Phone

1/27/2015 - A Kickstarter campaign is underway for a GoPro accessory that will allow you to place your GoPro Hero3, Hero3+ and GoPro Hero4 on your smartphone or tablet. If you are not into jumping off cliffs, this may be of interest to you.

While flying over the Western Coast of Australia a remote control plane equipped with a GoPro Hero3+ Black Edition camera lost control and crashed into the ocean. The unscheduled landing resulted in some incredible underwater footage of sharks, turtles, fish and what-not as the camera floated on the surface still attached to the plane. Skip to 2:30 to see the beginning of the plane crash.

1/23/2015 - GoPro has announced an ongoing partnership with Visalink to provide real-time live coverage of sporting events. The GoPro camera is already used by many athletes and sports filmmakers but the footage shot has to be off-loaded from a memory card and reviewed - very time consuming if trying to cover a live event. Vislink will be offering broadcast quality performance to stream what the GoPro sees while it's seeing it. You can read more about this venture at Investors.com. This explains why and how the GoPro will be used at the 2015 NHL All Star game.

The guys over at DigitalRev put the GoPro Hero4 Black through its paces. It's compared with previous GoPro models with side by side quality comparisons. Plus, you get to see them actually using the GoPro for a POV shooter scene.

Should The Hero Be Afraid Of The Apple?

1/15/2015 - Apple considers using some of its juicy goodness to compete with the GoPro and GoPro stocks take on a dip. Should GoPro be weary that Apple is now eyeing GoPro's market? The Motley Fool doesn't think the Hero should fear the Apple.

(1/8/15) - GoPro hasn't announced the release date but for the millions that got a GoPro Hero4 over the holidays, even better days are just around the corner. GoPro announced that updates are in the works for the Black Edition and Silver Edition. Both models will have modes that convert time lapse photos into videos. Boom! You just got about an hour of your life back.  There will also be a burst mode that will allow for 30 photos to be taken in 6 seconds (rather than the current 1 second). Additionally, both cameras will have updates that auto rotate your pictures. Bam! You just got more time back to watch Psych on Netflix.  Owners of the Black Edition will be able to shoot 720P video at 240fps (frames per second) and 2.7K will go up to 60fps.

GoPro Hero4 On The Streets Of Japan

Leave it to Team GoPro to produce a video that makes you want to buy a GoPro Hero4 Black. Check out the video below to see how incredible 4K video looks - in low light!!

The guys over at Rhino Camera Gear provide a thorough review on the benefits and shortcomings of the GoPro Hero4 Black and the GoPro Hero4 Silver. Check out their review below. 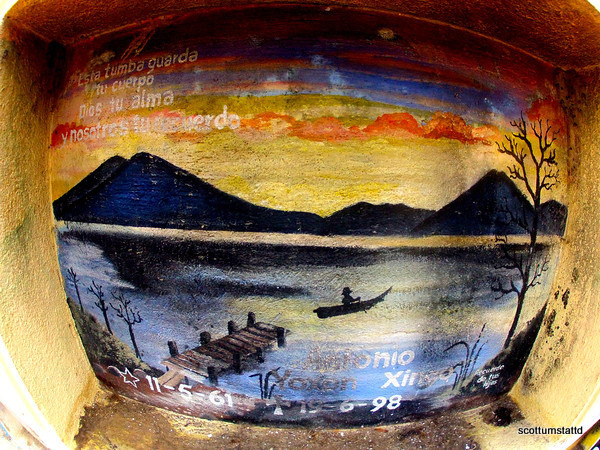 Armed only with his scratched and worn GoPro Hero2, Picture Power founder and editor Scott Umstattd shares his views and visions of a cemetery located in Panajachel, Guatemala on Lake Atitlan. See the pictures and read the story.

Superman flies around and saves lives while wearing a GoPro Hero3+. All in a day's work, I guess.

Ok. Obviously, that wasn't the real Superman because he doesn't need to prove anything to anyone. Check out this video to see how these posers created the video.

Fighting Fire With A GoPro

Ben Wilson, an Australian firefighter, straps on his GoPro to show the rest of us what it's like to battle a wildfire.

(11/26/14) - Not to be outdone by anyone, GoPro plans to launch its own unmanned aerial vehicle (UAV) to capture its share of this growing consumer market. Read more about GoPro's plans to own the skies.

(12/2/14) - Since GoPro went public in June of 2014 its value has tripled. The Motley Fool gives us the low down on this incredible uptick in value. Read more about GoPro's value.

A video making its way around the web shows a man riding his bike encountering a bear bound to catch him. And it is definitely not fake. Watch the completely not fake video.

(11/10/14) - Adam Turner of the Sydney Morning Herald provides a hand on review of the GoPro Hero4 Black. If you are in doubt about this camera's abilities, read (and watch) Adam's review.

The Goldilocks Of GoPro Hero4 - Silver

Try not to get too emotional. You big baby.

(11/21/14) - Found by a man who spends his free time digging up goodies on the bottom of creeks and rivers, the GoPro was still in working condition! Read more.

(11/17/14) - We've always enjoyed taking family photos but the GoPro started something different. It started a revolution in self-action photography and video. See the story on ABC News. 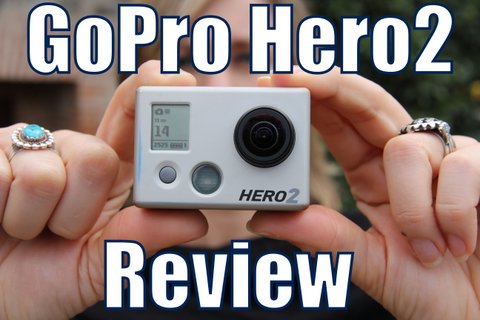