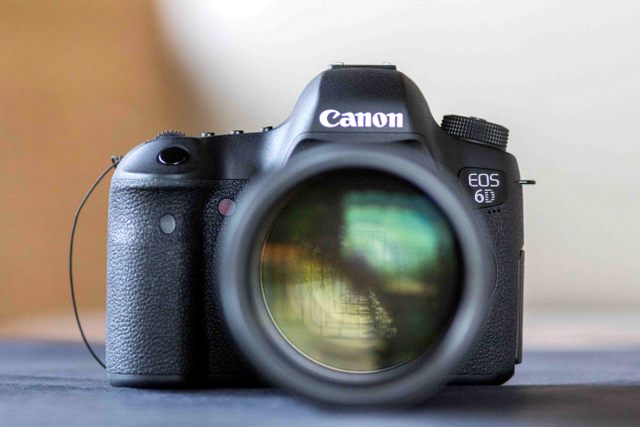 The 6D is my first full frame purchase and practically the only full frame DSLR I have had any experience with. I come from a line of cropped sensor Canon cameras (my camera timeline) and have always been satisfied with the pictures taken with those cameras. But I often wondered what (if any) improvements I would see if I was using a full frame sensor.

Until recently, I never had a strong enough desire or need to buy a full frame camera. The higher price tag of a full frame Canon also kept me at a distance from the full frame experience.

But, I was hired a few months ago to take a series of pictures of an artist’s paintings and the assignment required more megapixels and a full frame camera. Why I bought the Canon 6D.

Ok. So now you know why I have a full frame and a crop sensor camera. After years of shooting cropped, I was anxious to see how magical my pictures were going to look now that I was shooting full frame.

Here’s an example that demonstrates the difference. One of these pictures was taken with my Canon 60D with a Canon EF 200mm f/2.8L USM  and the other was taken with my full frame Canon 6D and a Tamron SP 70-200mm f/2.8 DI VC USD. Can you tell which one is which?

Neither one screams Crop! or Full Frame! Not to me, at least.

Please bear in mind that these are not scientific comparisons - just me eyeballing them on my computer.

I was not, in any way, disappointed in the pictures from the Canon 6D. On the contrary. I think the 6D takes really good pictures. And so does the Canon 60D.

A bigger full frame sensor can capture more light. And this is huge! Being able to collect more light allows you more control over your shutter speed, ISO and aperture settings. More light means, for example, not having to use a slower shutter speed just to get a decent exposure at night. 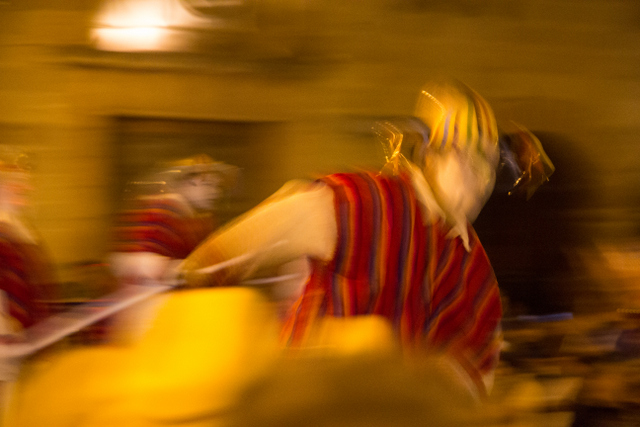 I had the ISO set at 3200 for the picture above. I could have tried ISO 6400 but thought otherwise. My shutter speed was 1/6 which is why you see the blur. I panned the shot to minimize the motion blur.

If I could have increased my ISO with confidence to 10,000 or 18,000 I could have used a faster shutter speed and still have a good exposure.

Full frame cameras have better high ISO performance. Being able to shoot with a high ISO gives you more control over your shutter speed and aperture.  And the Canon 6D does not disappoint when it comes to the stories of its excellent noise control at high ISOs. 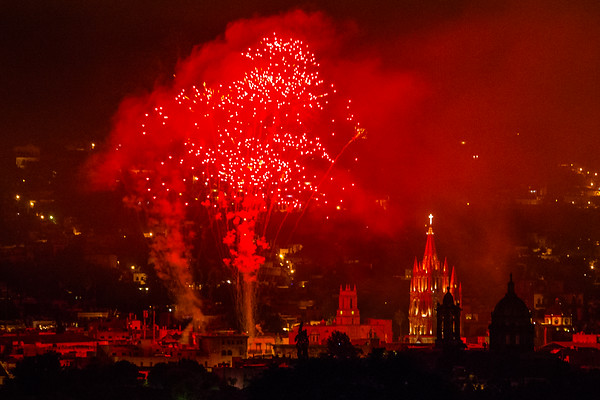 I didn't have to go to ISO infinity to get this shot. ISO 6400 let me use a fast enough shutter speed to get this handheld shot.

Knowing I can go higher with my ISO setting allows me to stop action that would otherwise only have been a blur. And takes away some of the need for carrying a tripod.

Full frame sensors are able to blur the background better than cropped sensor. Background blur comes in very handy in portrait photography. But keep in mind, lenses play a critical role in background blur too.

A telephoto lens can blur the background as well.

Combine an f/2.8 lens that zooms to 200mm with a full frame camera and you can blur the background for almost any subject. Which is why I bought the Tamron SP 70-200mm DI VC USD lens. 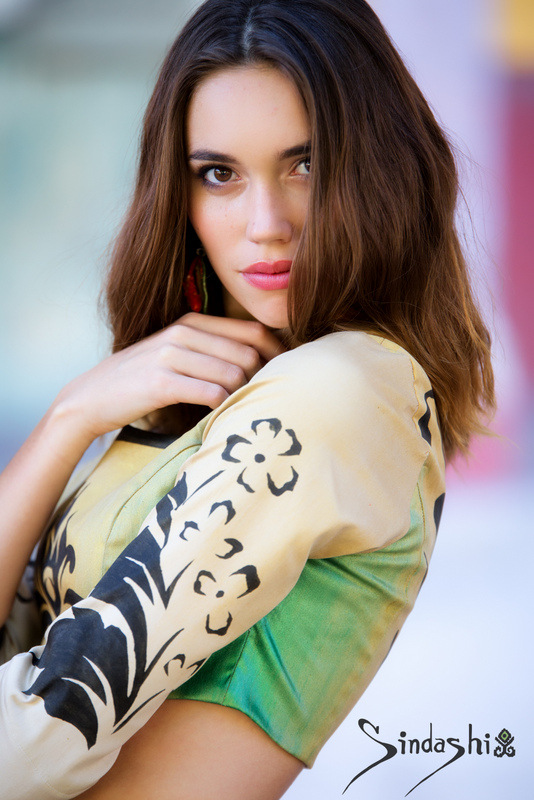 There are a number of ways to get your subject to standout. Full frame cameras and wide aperture lenses are one way. But you can also use a zoom or telephoto lens to compress (blur) the background.

Another way to achieve this look without any special equipment to is place your subject in a position so that there is nothing behind them.

The picture above combines the right tools and the right approach making the background melt away so that we are focused on what's important.

One drawback to crop sensor cameras is that they make it harder to get into wide angle photography. The nature of the crop sensor limits how wide (and how much) a lens can see. On the other hand, a crop sensor camera extends the reach of your zoom or telephoto lens when compared to a full frame camera.

Canon EF lenses can be used with both types of cameras.

You can see in the two pictures above the differences in focal lengths when using a full frame set up (left) and a crop sensor set up (right).  The field of view is identical but the measurement is different.

Full frame sensors have more pixels and more pixels means better control over color and color range. If you are moving up from a crop sensor to a full sensor and you like editing your images, expect to see better color control and range with pictures taken with a full frame camera.

Without a doubt, the biggest difference between the Canon 60D and the Canon 6D can be found when the lights go down. The full frame Canon 6D does a great job of reducing noise and artifacts at high ISO settings. And I’m talking high ISO (at least to me). Plus, the extra light allowed by the full frame 6D give it a big advantage over the cropped 60D. 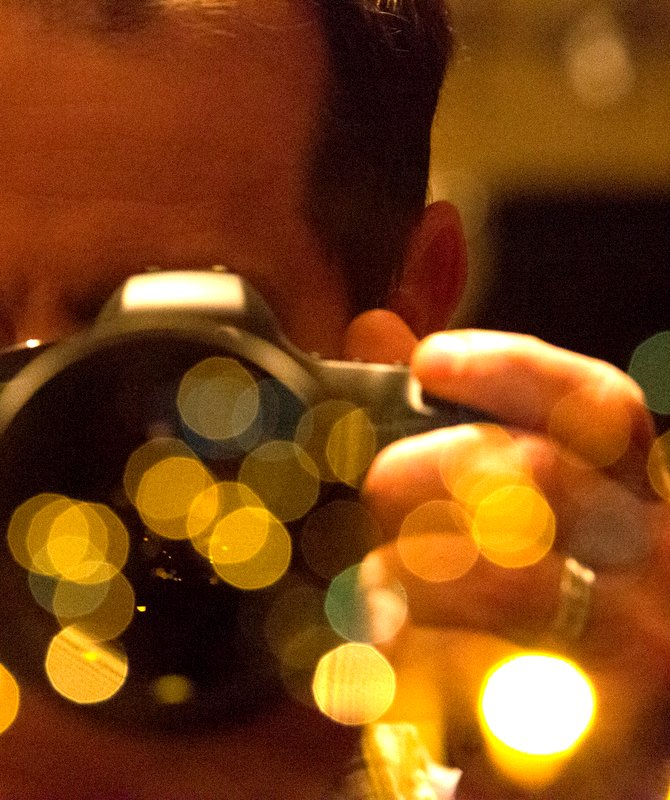 This is cropped to show the details. Yes, there is noise but this was shot at ISO 25,600 using my Canon 6D.

In low light, where your gear earns its merits, the Canon 6D is much better than the Canon 60D.

In well lit scenes you have to pixel peak to see any real world difference between the two cameras.

I've had my 6D for over a month now. I've used it to take the pictures of my friend's paintings and I have used it in a couple more model and portrait shoots. A month is not a long enough time to write a full review but I have been able to put the 6D to the test and get a better sense of what a full frame sensor can do.

Sure, there is nothing magical about a full frame camera. It still requires that you use good light and find a compelling composition. And, a bad lens can negate the power of any camera. But what you do get with a full frame camera is not always recognized or maybe even seen.

I am noticing that images from the 6D are better to edit. Compared to the 60D (I think) I am seeing that colors maintain a richer saturation. This would be a result of the increased dynamic range of the full frame Canon 6D.

I'm glad I have the 6D and even happier that I was able to use the project I bought it for to pay for it.

But, knowing what I know now about the real world difference between full frame and crop sensors, would I buy the Canon 6D if the project hadn't called for increased resolution and dynamic range?  A simpler question, is it worth it to make the leap from crop sensor to full frame sensor?

Now that I have seen the difference though I can see where a full frame camera has its advantages. I'm starting to get into portrait photography and being able to blur the background and use more available light is already showing its importance. 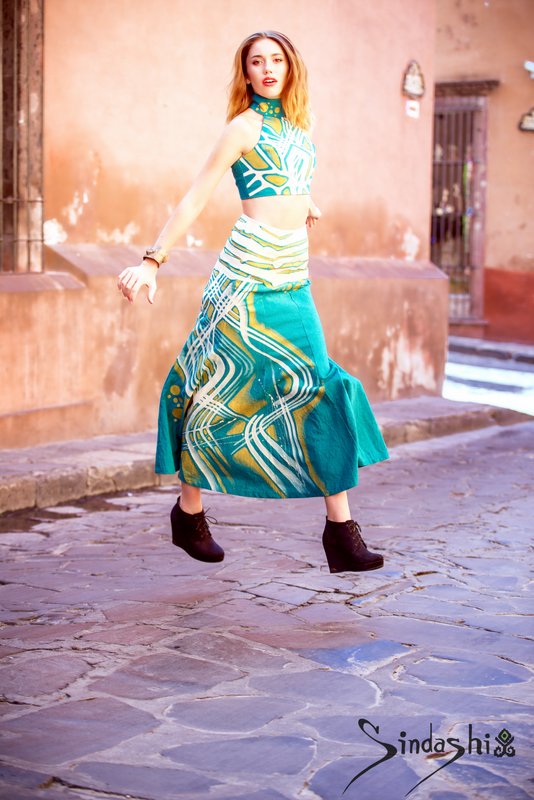 I love shooting in low light. And in this area, the 60D doesn't come close to the 6D. It's the difference between a Ferrari and a Ford sedan. The 6D opens up whole other darkly worlds. Kind of like macro photography, shooting in extremely low light offers an unusual and compelling world to photograph.

If you've got a thousand bucks (or less) laying around and are curious about full frame cameras or if you are into portrait photography and want to up your game a bit, I think a full frame camera is worth a go.

For me, it helped to relieve the sometimes burdensome question of, "Would a full frame camera make my pictures look better and in turn make me a better photographer?"  The answer to that question is a simple and direct No.

Can a full frame camera open up new worlds and let you take pictures you may not have otherwise taken? Yes.