My Most Powerful Picture
Stories From Behind The Lens 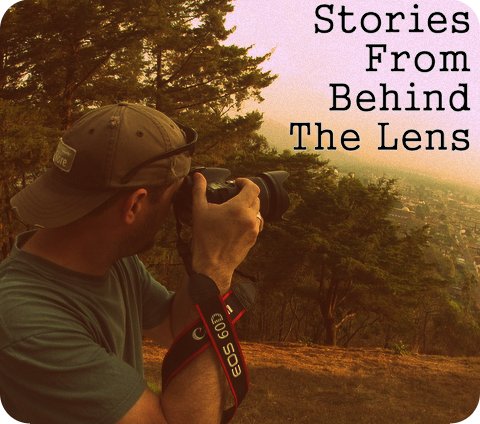 My Most Powerful Picture | Stories From Behind The Lens: For photographers, reviewing, editing and critiquing their own work can be one of the most difficult and mind-wrenching parts of the job.

Photographers understand everything about their pictures. And that often means that photographers may like a picture because of how hard it was to get the shot or because of what happened before or after the shot was taken and not just for the aesthetics of the photograph itself.

We often like, or dislike, our work for reasons that go beyond what our viewers will ever know. We know what happens behind the lens and that often has a direct result on how we, as photographers, view our work.

While one picture may appear as average to a viewer, the photographer will recall how, even though he tripped and was falling or at the last second changed exposure settings or lenses, the shot was captured and that picture ends up having value to the photographer for reasons the viewer never sees or understands.

Through this series of articles, photographers are sharing their stories behind what they feel are their most powerful pictures. This is not a series based upon what photographers think are their best pictures (though that may be the case for some).

Stories From Behind The Lens
Meet The Photographers

Jerry Nelson - Pope Francis is being welcomed by millions as he is installed as the new Pope. Photojournalist Jerry Nelson captures a moment unrecognized by the masses gathered to watch the new Pope on large monitors in Plaza de Mayo in Buenos Aires, Argentina.

Scott Umstattd - On his initial trip to India, Scott Umstattd is concerned how locals may react if he takes their picture. Not wanting to steal anyone's soul, he discovers something common to all people.

Bergina Leka - During her last moments in Vienna, photographer Bergina Leka visited St. Stephen's Church and captured a picture that reminds her of life's simplicity.

Chris deMatte - A seasoned photographer, Chris deMatte travels to St. Petersburg, Russia to cover and international creative festival and is reminded by a young boy that we can all be well-served by reassessing our own priorities in life.

Celena Beech - In a setting mixed with urban and rural symbolism, photographer Celena Beech sees a combination of security and insecurity.

If you have a photograph that you love, that speaks to you in a way that your other pictures don't, consider sharing your picture with others.

Please include the background story and why you consider this your most powerful photo.